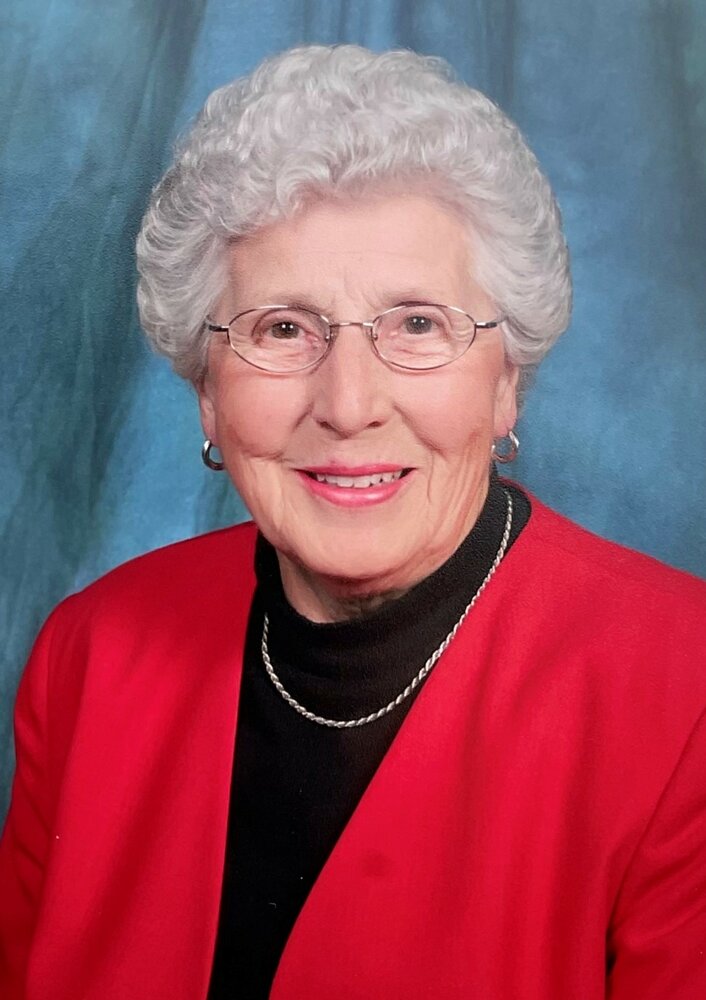 The Remembrance Store
Obituary
Please share a memory of June to include in a keepsake book for family and friends.
View Tribute Book

June Opal Stirling (nee Grant) drifted from this world to the next on Sunday, October 23, 2022, after having lived a full life of 92 years.

She was born to the late Lydia Lois (MacPherson) Grant and James Roy Grant, at home, in Saint Francis Harbour, Guysborough County on October 15, 1930.

June was educated in a one room schoolhouse and was proud to have succeeded in passing Grade 10, the last grade available at the Saint Francis Harbour School.

June was married to the late Samuel Stirling on September 12, 1953, at Livingston United Church in Hamilton, Ontario. Their partnership of 44 years was filled with the love of dancing and each other.

In the spring of 1946, at 16 years of age, June worked at a Caribou Lobster Factory packing lobster. She returned to Caribou the next year and that fall she went to Kentville to work at Black’s Orchard helping Mrs Black’s care for their apple pickers. Following the harvest, she worked in Kentville at an apple factory where they processed and dried apples for export. June left Mulgrave at midnight on the train to Ontario that fall and often commented on the wonderous colours of the turning leaves at daybreak as the train traveled through New Brunswick. In Hamilton, June first worked as a waitress and then at Westinghouse Canada assembling electrical transformers. June met and married Sam in Hamilton and they returned to Nova Scotia in 1960.

Life after Samuel’s passing was made easier with the support of her many Port Hawkesbury friends and especially her Hiram Street family of Jane and Andy Palmer, Dave and Mary Johnston, Bernadette and Jim Kennedy.

Donations in June’s memory would be appreciated by the Hadleyville United Church Cemetery fund or Saint Marks United Church.

Arrangements are under the care and direction of Dennis Haverstock Funeral Home, Port Hawkesbury.  Words of comfort may be forwarded to the family at www.haverstocks.com