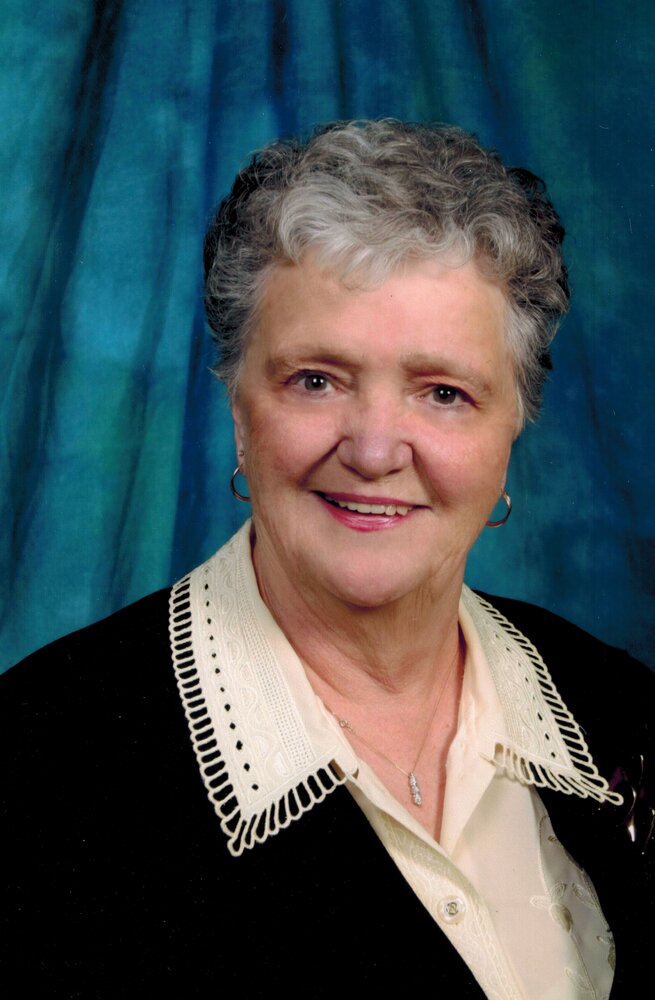 Please share a memory of Irene to include in a keepsake book for family and friends.
View Tribute Book

MacISAAC, Irene Olive (nee Dauphney) - Age 87, Lantz, formerly of Port Hawkesbury and Glace Bay, passed away peacefully on Thursday, January 19, 2023, at the home of her daughter and son-in-law, Eva and Glen, in Lantz. Born in Glace Bay, she was the only child of the late William (Bill) and Florence (MacKeigan) Dauphney.

Irene was a “People Person”. She prided herself in her volunteerism, a trait which she passed on to her children and grandchildren. She was an active member of St. Mark's United Church in Port Hawkesbury, where she enjoyed being an active member of the church choir and serving on many committees, including the UCW. A lady of many talents, she was also involved in local volunteer organizations such as Eastern Star, United Church Presbytery Committee, Strait Richmond Hospital Committee, Port Hawkesbury Ceilidh Volunteers, Under the Map Theatre Group (where she entertained with her acting skills), and the Red Hat Society. When her children were younger, Mom helped out with the figure skating club and taught phonics. She enjoyed golfing in Dundee and Guysborough with her husband and best friend, Stewart, and participating in the local bowling leagues. She spent many seasons helping out with activities at the senior’s residence whenever she could. Mom's sense of humour and kindness towards others will long be remembered.

She was a manager for the Nova Scotia Housing Authority for a number of years and enjoyed her time there and the many friends she made while in that role. Her interest and involvement with local politics led to her appointment as a Chief Electoral Officer, a position that she held for many years. In addition, she proudly held an appointment on the National Committee for the Status of Women.

Mom was predeceased by her loving husband of 33 years, Stewart MacIsaac; her grandson, Jared Oldford; and daughter-in-law, Sharon (Proctor) MacPherson; as well as 3 brothers-in-law, 3 sisters-in-law, and many special cousins who were like siblings to her as she was an only child.

Our family would like to express special thanks to the team of nurse practitioner, VON, palliative care, and private care workers. Words can never express our gratitude to each of you.

Visitation will be held from 3:00 – 6:00 p.m. on Monday, January 23 in Dennis Haverstock Funeral Home, Port Hawkesbury with a Eastern Star Service at 3 p.m. The funeral service will be held at 11 a.m. on Tuesday, January 24th at St. Mark's United Church with Barb Blois-McNaughton officiating. Burial will be in Southbrook Cemetery, Port Hawkesbury. By family request masks are to  be worn for the visitation and funeral service. In lieu of flowers, donations may be made to the Alzheimer Society of Nova Scotia. Words of comfort may be forwarded to the family at www.haverstocks.com