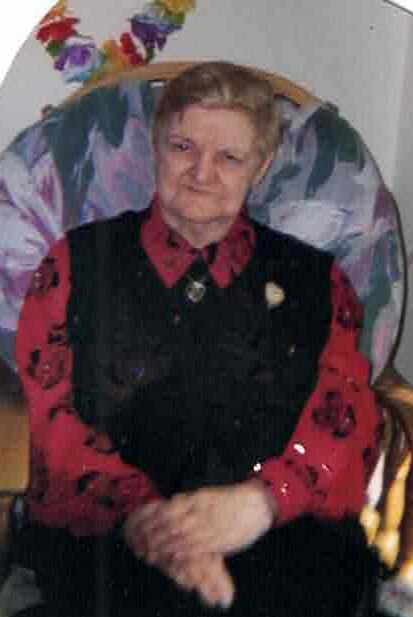 Please share a memory of Hazel to include in a keepsake book for family and friends.
View Tribute Book

MacRae, Hazel Mae – 87 – Port Hawkesbury.  It is with heavy hearts we announce the passing of Hazel Mae MacRae on Thursday, December 1, 2022 at Strait Richmond Hospital, Evanston.

Hazel was born in Moncton on August 21, 1935.  She was the adopted daughter of the late Rubin and Genevieve (Horton) Hart.

Hazel was predeceased by her husband Roderick, half sisters; Marion Fraser and Genevieve Grant.

There will be no visitation or funeral.  Burial at a later date in Southbrook Cemetery, Port Hawkesbury.

Donations in memory of Hazel may be made to Canadian Cancer Society, Strait Richmond Hospital Foundation or a charity of one’s choice.

Words of comfort may be forwarded to the family at www.haverstocks.com

To plant a beautiful memorial tree in memory of Hazel MacRae, please visit our Tree Store

Look inside to read what others have shared
Family and friends are coming together online to create a special keepsake. Every memory left on the online obituary will be automatically included in this book.
View Tribute Book
Services for Hazel MacRae
There are no events scheduled. You can still show your support by planting a tree in memory of Hazel MacRae.
Plant a tree in memory of Hazel
Share A Memory
Plant a Tree