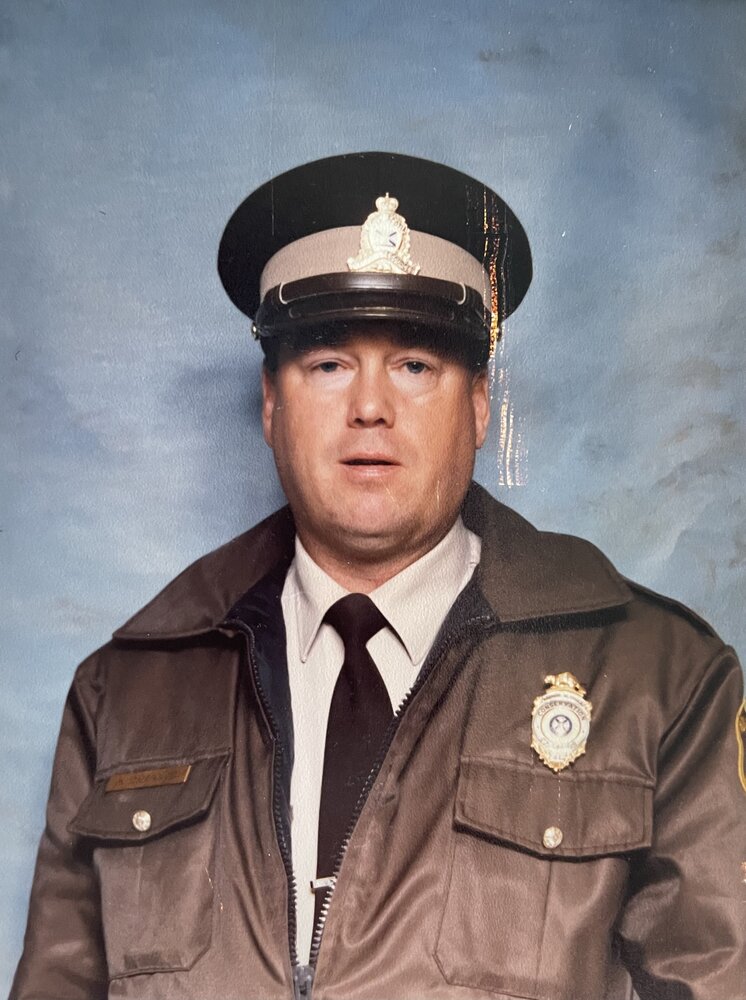 Please share a memory of Kevin to include in a keepsake book for family and friends.
View Tribute Book

Kevin was a kind man, known for his storytelling, his dry quick wit and work ethic.  He was proud to be a mentor and many sought his wisdom.  We could count on his meticulous record keeping and memory for dates and events.  With his love of nature, he enjoyed hunting, fishing and forestry.  Growing up on a small farm, hard work was introduced early.  Farming and woodlots were top priority.  For many years he had a hobby farm which consisted of a vegetable garden, raising pigs, cows and meat hens.

Kevin started with Guysborough Lands and Forest in July 1973.  Not knowing it then, it was the start of a 32-year career.  His work continued up to his acceptance to the Maritime Forest Ranger School in 1977.  On completion, he returned to Lands Forest with a bigger role to play in the workplace.  In 1983, he started in law enforcement attending RCMP training held in “H” division.  Completing this made law enforcement his primary duty with Lands and Forestry.  He retired from his career as a Conservation Officer in 2006.  In 2007, Kevin was proud to have the opportunity to work with his son in the Alberta Oil Field.  After 10 years of traveling to and from Alberta, Kevin decided to become a self-employed contractor working with wharf construction in locations such as New Harbour, Canso and Canning.  In 2019, he decided to become fully retired and seemed content and happy with his achievements.

We are grateful to the nurses and staff at Guysborough Memorial Hospital for your professional care.  Special thanks to Dr. Ranjini.

The wake will be held on Tuesday, November 1st from 2-4 and 6-8 p.m. at Dennis Haverstock Funeral Home in Guysborough.  Funeral will be Wednesday, November 2nd at 10 a.m. in St. Patrick’s Church, Guysborough Intervale, with Fr. Anthony O’Connor and Rev. Callistus Abazie officiating.

In lieu of flowers, donations in memory of Kevin can be made to Guysborough Memorial Hospital Foundation or St. Patrick’s Parish Building Fund.