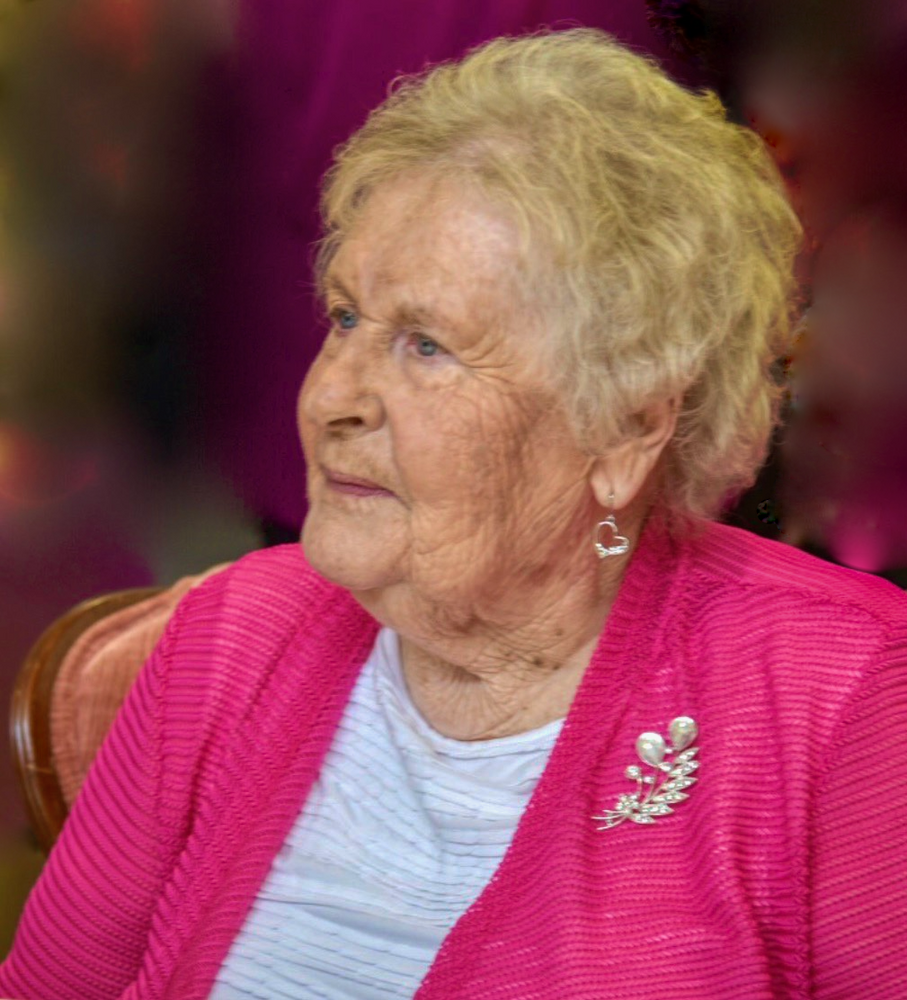 The Remembrance Store
Obituary
Please share a memory of Isabelle to include in a keepsake book for family and friends.
View Tribute Book

It is with profound sadness we announce the passing of Isabelle (MacLeod) Ferguson Troke, our loving and devoted mother, grandmother, great-grandmother, sister, aunt, step-mother, and friend to all of those she touched.

She left us while sleeping peacefully, surrounded by her loving family on October 23, 2022 at the Richmond Villa, St. Peters, Cape Breton.

She was born in Donkin, Cape Breton on August 16, 1923, the daughter of the late Angus and Mabel MacLeod.  Isabelle spent her childhood in Loch Lomond and Framboise. In 1947 she married her first husband Kenneth Angus Ferguson. They lived at the family homestead in St. Esprit, Cape Breton, where they raised their six children.

Isabelle lived a full life as a wonderful mother, homemaker and school bus driver. She finished her work career as a health care professional at the Richmond Villa.  She had a great sense of humour and always enjoyed hearing and telling a good joke or story. She loved to entertain family and friends, singing Gaelic and Cape Breton traditional songs including one of her favorites, “the Telephone” song.  She was an April Fool’s Day prankster and she had a bottomless trunk of dress up costumes and disguises.   Her home was always open and welcoming. She was known far and wide for her baking, especially her Scottish oatcakes. The tea pot was always on.

She had a great love of animals especially sheep and cats.  Rest in peace, we love you and miss you. You are forever in our hearts.

The family would like to extend our heartfelt thanks to the staff of the Richmond Villa for the years of care and love she received.

We should all follow Isabelle’s advice, “keep your stick on the ice.”

In lieu of flowers, donations can be made to Richmond Villa Activity Fund at 9361 Pepperell Street, St. Peter’s NS B0E 3B0 or a charity of your choice.

Words of comfort may be forwarded to the family at www.haverstocks.com

Due to the rising number of Covid cases the family requests masks be worn.

Masks will be provided.