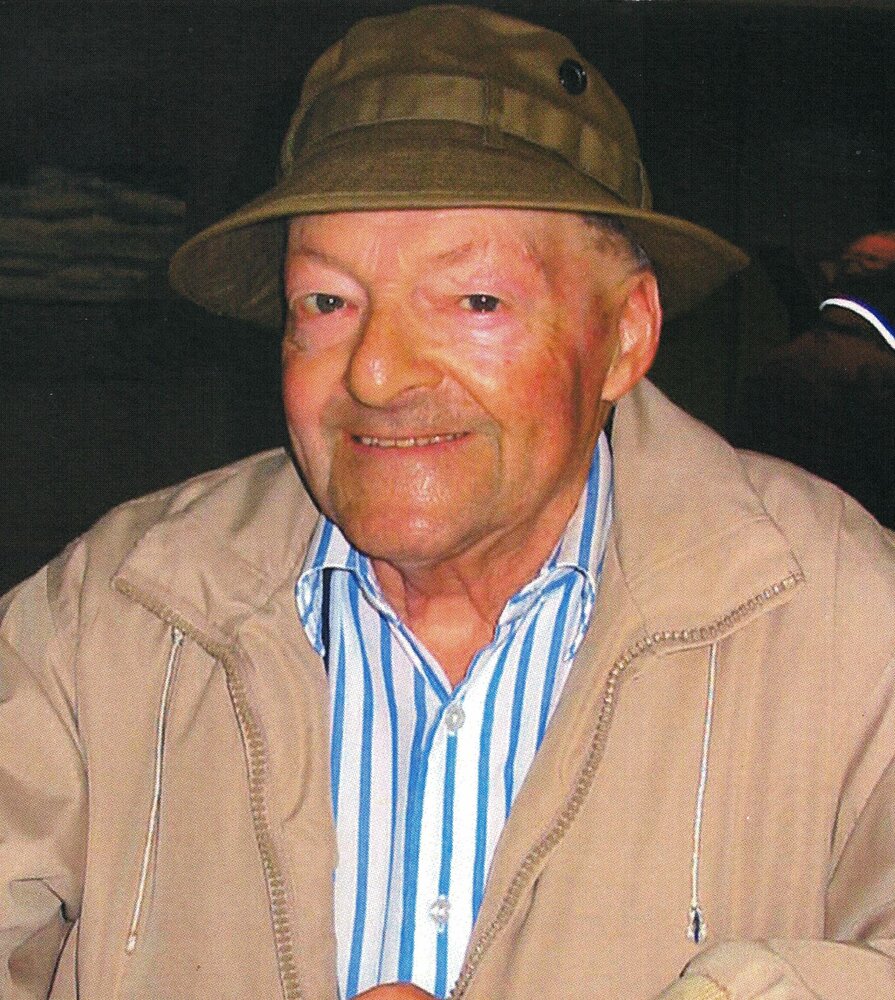 Please share a memory of Robert to include in a keepsake book for family and friends.
View Tribute Book
Robert Alexander Doiron, of River Bourgeois formerly of Port Hawkesbury. Age 89. We are heartbroken to announce the peaceful passing of Robert Alexander Doiron surrounded by family, on Wednesday, October 12, 2022 in St. Martha’s Regional Hospital, Antigonish. Born in Pomquet, September 19, 1933 He was a son of the late Joseph and Irene (DeWolfe) Doiron. Robert enjoyed many things in life, a few being a stiff drink, his animals, iced cap’s and a big hug. He was a man of few words, and a very hard worker for many years, he started work when he was only 15 years old for CNR, and he quickly moved on to work the dragger boats across the Great Lakes. He enjoyed doing that for 20 years before moving on as a Stationary Engineer, at the Aberdeen hospital where he eventually retired in 1993. Robert was a devoted husband to his wife Evelyn until her passing in 2015. Robert joined our family in 2014 and never looked back he showed us unconditional love like no other from day one. He was a caring friend to many, especially his greatest friend, Carla. In a way when Robert joined our lives, he saved us, but as the years went on, we soon began to realize, we saved him too. I don’t think he ever knew what was in store when joining us, but he never complained and always came along for the ride. He was so happy to have gained an amazing friend and 2 grandchildren, as well as many animals. He was a kind man, who would do anything for anyone. He was loved immeasurably and will be missed dearly. He will be missed so dearly by, his brother, Napolin Durant, Ontario; sister, Olive (Jack), Dartmouth; his loving friend and soulmate, Carla Snow, River Bourgeois; as well as his grandchildren whom he was so proud of, Dylan Snow, Madison Snow (Evan MacNeil) as well as his companion, Casper who never left his side. Besides his parents, Robert was predeceased by many brothers. There will be no funeral or visitation per Roberts’s request. Burial will follow at a later date, which will be announced on this website. In lieu of flowers, donations can be made to St. Martha’s Regional Hospital, Antigonish. Arrangements are under the care and direction of Dennis Haverstock Funeral Home Port Hawkesbury. Words of comfort may be forwarded to the family at: www.haverstocks.com We love you with all our hearts Robert, forever.
To plant a beautiful memorial tree in memory of Robert Doiron, please visit our Tree Store

Look inside to read what others have shared
Family and friends are coming together online to create a special keepsake. Every memory left on the online obituary will be automatically included in this book.
View Tribute Book
Services for Robert Doiron
There are no events scheduled. You can still show your support by planting a tree in memory of Robert Doiron.
Plant a tree in memory of Robert
Share Your Memory of
Robert
Upload Your Memory View All Memories
Be the first to upload a memory!
Share A Memory
Plant a Tree