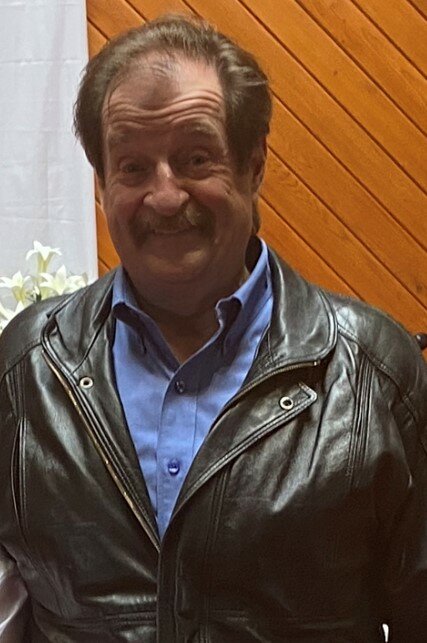 The Remembrance Store
Obituary
Please share a memory of Raphael to include in a keepsake book for family and friends.
View Tribute Book
It is with great sadness and much love that we the family announce the passing of Raphael Gerard DeCoste, age 68, who died suddenly at home in Port Hawkesbury, on Wednesday, September 7, 2022. He was born in Antigonish on June 30, 1954, and was a son of the late Ethel (DeGruchy) and Raymond X. DeCoste, Havre Boucher. Raphael’s family was his pride and joy. Left to mourn are his children, Patrick (Rachelle King), Mackenzie, BC, and Amanda (Tommie McIntyre), Port Hawkesbury; and his beloved grandchildren, Emma, Ben and Danielle. He was predeceased by his wife of 30 years, Valerie, in 2005. He is survived by his sisters, Dianne (Eldon) Fitzpatrick, Phyllis (Allan) MacAskill, Havre Boucher; Gail (Paul) Lukeman, Lower South River; Pearl (late Dave) Richardson, Amherst; Sherry (John) Forrestall, Nine Mile River; brothers, Clifford (Millie), Kenny, Allister, Havre Boucher; Linden (Charlene), Port Hawkesbury; Keith, Fletchers Lake, NS. Many nieces and nephews. He was predeceased by a sister Melanie in 1989 and brother Tony in 2017. After graduating from CRVS as a pipefitter, he worked in his trade prior to beginning his 30-year teaching career at the Vocational School/NSCC. While teaching, he completed both his BA and B.Ed. from St.FX. He was able to instill his knowledge and experience to many learners and kept in touch with his students as they continued their careers. Raphael was a friend to so many and was often the first call if someone needed help or if something needed to be done. He was an avid volunteer who gave his time freely to many organizations. He coached and mentored his son in minor hockey and baseball; was a former volunteer with the Havre Boucher Fire Department; was a former Parish Council member; was a former Lion’s Club member; was an active member of the Royal Canadian Legion Branch #43; and was a member of St. Joseph’s Parish, Port Hawkesbury. He could be found touring around in his convertible, out on his boat, or on his back deck, but he was always happiest when surrounded by his family. One thing is for certain, Dad was always there for a good time. Rest in peace Dad, and know that you will be forever missed. Visitation will take place on Wednesday, September 14, 2022 from 2-4 p.m. and 6-9 p.m. in Dennis Haverstock Funeral Home, Port Hawkesbury. Funeral service will be on Thursday, September 15, 2022 at 10 a.m. in St. Joseph’s Roman Catholic Church, Port Hawkesbury, with Deacon Berkley Guthro officiating. There will be a reception downstairs in the hall to follow. Burial will be in St. Joseph’s Cemetery at a later date. Memorial donations in memory of Raphael can be made to the Canadian Cancer Society or ALS Society of NB & NS. Words of comfort may be forwarded to the family at www.haverstocks.com Visitation Information Visitation Wednesday, September 14, 2022 Visitation Time 2-4 and 6-9 p.m. Visitation Location Dennis Haverstock Funeral Home, Port Hawkesbury Service Information Service Date Thursday, September 15, 2022 Service Time 10 a.m. Service Location St. Joseph Roman Catholic Church, Port Hawkesbury Burial Information Burial Date At a later date.
To plant a beautiful memorial tree in memory of Raphael DeCoste, please visit our Tree Store
Read More
Print
Events
September
14