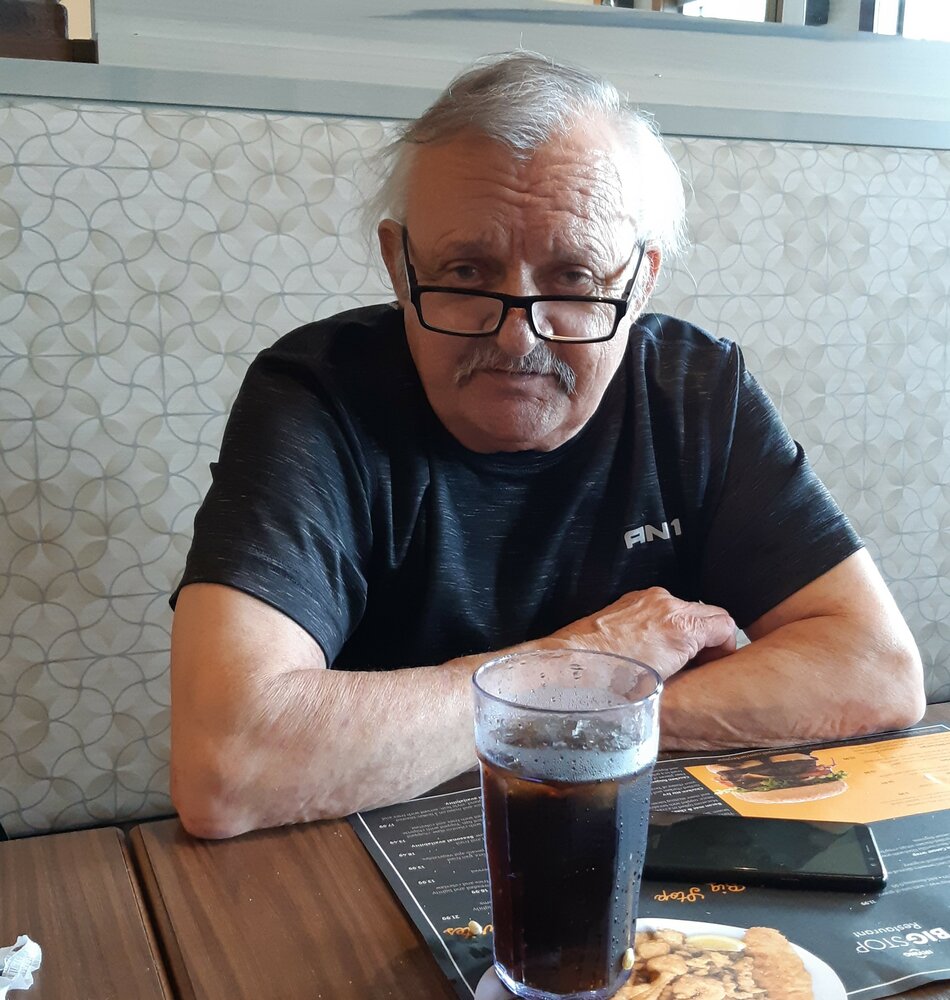 The Remembrance Store
Obituary
Please share a memory of Joseph to include in a keepsake book for family and friends.
View Tribute Book
Michel Grenier Age 75 Seaview, St. Peter's, NS It is with great sadness that we announce the peaceful passing, of Joseph Paul Michel Grenier; that occurred on Sunday, July 31, 2022 just shy of his 76th birthday in the Palliative Care Unit at St. Martha’s Regional Hospital, Antigonish. Michel was the son of Thérèse Constantineau Grenier, St. Peter’s, Nova Scotia and the late Guy Grenier, Sherbrooke, Quebec. Michel spent his formative years in Lachute, Quebec, where he enjoyed playing sports, working as a "pin boy" at a local bowling alley, a caddy at a local golf course, and helped serve mass at his parish as an altar boy. When Michel was twenty years old, he and his family moved by train to Glace Bay Nova Scotia for work. They arrived on April 30th, 1966 and he never left. During that time, he met the love of his life Lynn. They married a short time later, and would have celebrated their 55th wedding anniversary, on August 12th. After going to Trade School Michel obtained his electrical license. He travelled all over North America along with his Union buddies, making friends, and becoming a legend in his own time where he was coined with the nickname "Super Frog" right up until the end. Over the years he and Lynn raised four children, settling in Seaview, St. Peter’s Nova Scotia, until 2020 when they moved to Port Hawkesbury to be closer to family. Michel was a die hard "Habs" fan. He never missed a game; he would tease anyone if they didn’t go for them. You would never find a prouder Canadian, especially during the Olympics, while crying when the anthem was playing; enjoying an ice-cold Keith’s. Surviving is his mother, Thérèse Constantineau Grenier, St. Peter’s; his wife, Lynn Grenier, Seaview; brother, Marc Grenier (Pat), Innisfail, Alberta; sisters, Lucie Grenier St. Peter’s and Fabienne "Faby" Ryan (David), Port Hawkesbury; his children, Michelyn Grenier, Port Hawkesbury; Dominic Grenier, Port Hawkesbury; Nadia Grenier Pottie (Vincent), Port Hawkesbury and Audrey Grenier Williams (Simon), Truro; 9 Grandchildren, 3 Great-Grandchildren, many nieces, nephews, cousins, in-laws too many to name. Predeceased are his father, Guy Grenier; his brother, Jean Luc Grenier; his son Pascal in infancy, and his daughter, Solange also in infancy. A special thank you sent to the staff of the Palliative Care Unit, the ICU, and PCU units at St. Martha’s Regional Hospital, where Michel and his family received phenomenal care. Cremation has taken place. There will be no visitation. The service will be held at St. Joseph's Roman Catholic Church, Port Hawkesbury, with Deacon Berkley Guthro on Monday August 8th, 2022 at 11:00 a.m., with a reception downstairs in the hall to follow. Burial to take place at a later date. Memorial donations can be made to the Lung Association of Nova Scotia. Arrangements are under the direction of Dennis Haverstock Funeral Homes, Port Hawkesbury. Words of comfort may be forwarded to the family at: www.haverstocks.com Visitation Information Visitation There will be no visitation Service Information Service Date Monday, August 8, 2022 Service Time 11 a.m. Service Location St. Joseph Roman Catholic Church, Port Hawkesbury Burial Information Burial Location Burial at a later date
To plant a beautiful memorial tree in memory of Joseph Grenier, please visit our Tree Store
Read More

A Memorial Tree was planted for Joseph
We are deeply sorry for your loss ~ the staff at Dennis Haverstock Funeral Homes
Join in honoring their life - plant a memorial tree
Services for Joseph Grenier
There are no events scheduled. You can still show your support by planting a tree in memory of Joseph Grenier.
Plant a tree in memory of Joseph
Print
Events
Aug
03
Online Memory & Photo Sharing Event
Online Event
About this Event