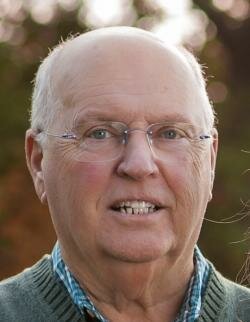 The Remembrance Store
Obituary
Please share a memory of Bernard to include in a keepsake book for family and friends.
View Tribute Book
HANLON, Bernard Terrance Stanton, Fall River, Nova Scotia (July 6, 1942 - March 7, 2022) It is with heavy hearts that we announce the passing of our beloved father Bernie. He died peacefully surrounded by his four children, who were the great loves of his life. Born in Canso, Bernie was the son of the late Mamie (Coutreau) and Richard Edgar Hanlon. He was one of 12 siblings, all of whom share an incredible bond. For Bernie this legacy of family was a source of great pride. Bernie attended Ryerson Polytechnic in Toronto where he earned his Environmental Health Diploma. He began his career as a Health Inspector with the NS Department of Health and worked in communities throughout the province over his 25-year career. At the time of his retirement, Bernie was the manager of the Health Inspection Unit for the Province of NS. During his retirement, Bernie was an active member of the community. He volunteered with many organizations including Bedford Minor Hockey, Eaglewood Drive Elementary School and in Canso with Stanfest and the Lions Club. Bernie also enjoyed many years of ballroom dancing with Come Dance, where he made lasting friendships. Over the years, Bernie spent summers camping around the Maritimes, followed by many happy years at the cottage on Aylesford Lake and later at his summer home in the Canso Marina. He felt blessed to live near his grandchildren while at home in Fall River. Bernie had a special fondness for dogs, and for many years was seldom seen without Lady by his side. He loved music, most of all at family gatherings with Hanlon voices and guitars, sharing songs that have been passed down through the generations. In our eyes, Dad’s wisdom knew no bounds. He knew how to fix things, always had the right tool for the job and gave sound advice. Those who knew Bernie will remember him as a kind and gentle man. His warmth and genuine spirit was a gift to everyone he met. He will be deeply missed by his children; Lynn Marie (David), Fall River; Matthew, Bedford; Katherine (Jason) Halifax; and Shaun (Zoey), Wellington; grandchildren Keira, Parker and Emily. Brothers and Sisters; Patrick (Madeleine), Frankville; Marilyn (Aubrey) Christie, Saint John, NB; Emily (Barry) Lumsden, Canso; Marie (Wayne) Sullivan, Canso; Theresa (Camile) Tremblay, Frankville; Michael (Sandra) Hanlon, Frankville; John (Genvieve), Antigonish; Janet (Fraser) Tanner, Frankville; and James (Rita), Waverley, along with many nieces and nephews He was predeceased by his parents, his sister Anita Marie, brother Dick and nephew Mark Christie. Resting in Dennis Haverstock Funeral Home, the visitation will be Friday, March 11 from 2 - 4pm and 7 - 9pm. Mass will be offered Saturday, March 12 at 11 am at Star of the Sea Roman Catholic Church, Canso, NS with Rev. Jonathan Nnajiofor officiating. The family extends an invitation to join them for a Celebration of Life at the Canso Lions Club immediately following the funeral. The family would like to extend their heartfelt thanks to the Palliative Care Team with the NS Health Authority, the VON of Halifax and Northwood Homecare for their kindness and support. In lieu of flowers, memorial donations can be made to the Eastern Memorial Hospital, Canso NS toward their investment in new ultrasound equipment. Words of comfort may be forwarded to the family at www.haverstocks.com Visitation Information Visitation March 11, 2022 Visitation Time 2-4 and 7-9 p.m. Visitation Location Dennis Haverstock Funeral Home, Canso Service Information Service Date Saturday, March 12, 2022 Service Time 11 a.m. Service Location Star of The Sea Roman Catholic Church Burial Information Burial Date At a later date. Burial Location Star of The Sea Parish Cemetery
To plant a beautiful memorial tree in memory of Bernard Hanlon, please visit our Tree Store
Read More

A Memorial Tree was planted for Bernard
We are deeply sorry for your loss ~ the staff at Dennis Haverstock Funeral Homes
Join in honoring their life - plant a memorial tree
Services for Bernard Hanlon
There are no events scheduled. You can still show your support by planting a tree in memory of Bernard Hanlon.
Plant a tree in memory of Bernard
Print
Events
Aug
08
Online Memory & Photo Sharing Event
Online Event
About this Event