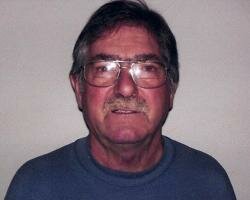 The Remembrance Store
Obituary
Please share a memory of Terrence to include in a keepsake book for family and friends.
View Tribute Book
It is with profound sadness that we announce the passing of Terrence Peter "Terry" Horne on Thursday, June 2, 2022, in Eastern Memorial Hospital, Canso. Terry was born on December 21, 1948, to the late Harry and Lucy (Keefe) Horne of Little Dover, NS. Left to mourn are his devoted wife of 52 years, Marg (Richardson); his beloved son, Donnie, Lower Sackville and Ann Marie O’Handley (Rick) who he considered a daughter. He is also survived by his brothers, Cyril (Sandra), Westville; Paul (Lorna), Canso; Gary, Little Dover; his brother’s in-law, Clair MacDonald, Little Dover; Enos Richard, Canso; and Pat Richardson (Gail), Dartmouth; sister in-law, Maryann Horne, Antigonish. He will also be dearly missed by his many nieces, nephews, godchildren and some he considered his honorary grandchildren. Besides his parents he was preceded by his sisters, Phyllis MacDonald and Anita Richard; his brother, Ronnie, Kevin in infancy and his in-laws Don and Minnie Richardson. Terry had a few professions in his life, from store clerk, potato farm labourer, taxi driver and carpenter/construction worker. He had a great sense of humour and always had a joke or two for whoever would listen. He loved The Beatles, NASCAR, and Hawaiian shirts. He was gifted at many crafts especially woodworking, he made wooden urns for many friends and family members, including his own. He was incredibly generous, often giving away most of his special crafts that he created. One of his favourite places on earth was his "hut" in Ketch Harbour off Little Dover where he loved to spend time with his brothers and great friends and he also loved a good game of cards. Cremation has taken place. Visitation will be held in Dennis Haverstock Funeral Home, Canso from 2-7 p.m. on Tuesday, June 7, 2022. Funeral mass will be held Wednesday, June 8, 2022 at 11 a.m. from Star of the Sea Roman Catholic Church, Canso, Father Jonathan Nnajiofor officiating. Burial will follow in Star of the Sea Cemetery. Words of comfort may be forwarded to the family at: www.haverstocks.com Visitation Information Visitation Tuesday, June 7, 2022 Visitation Time 2-7 p.m. Visitation Location Dennis Haverstock Funeral Home, Canso Service Information Service Date Wednesday, June 8, 2022 Service Time 11 a.m. Service Location Star of The Sea Roman Catholic Church Burial Information Burial Date Wednesday, June 8, 2022 Burial Time Following funeral mass Burial Location Star of The Sea Parish Cemetery
To plant a beautiful memorial tree in memory of Terrence Horne, please visit our Tree Store
Read More
Print
Events
June
7