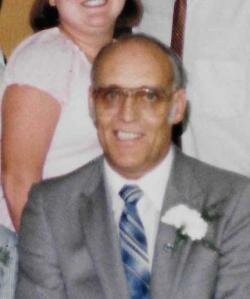 The Remembrance Store
Obituary
Please share a memory of Albert to include in a keepsake book for family and friends.
View Tribute Book
Albert Kenneth Lynch 10 September 1935 - 29 December 2021 Albert was born in Stony Plain, Alberta, in the fall of 1935, the youngest of a large family of homesteaders, just west of Edmonton. His father, Cecil, was from Mt. Uniake, NS and his mother, Eva (Dibble) was from MacAdam, NB. Just after finishing school, in the early ‘50’s, he moved to Nova Scotia, joining his brother, Arnold, and connecting with his large Lynch Family in the Halifax and Hants County area. He married Marion Malcolm in 1959, moved to Port Malcolm, and together they had 9 Children. He leaves 4 sons, Kenny, Don, Richard and Frank and 5 daughters, Donna (Clark), Grace (Millward), Sheryl (Briand), Kelly and Lori. As well, 12 Grand-children, 7 Great-Grandchildren, and one Great-Great Granddaughter. He leaves many cousins in the Hants and Halifax area, loads of Friends in the Strait Area and Halifax, and so many friends at Coffee and Bingo. Over the years, Albert held many work positions: as a young man, he worked both the Milk Truck and Bread Truck in Halifax, then, after moving to Port Malcolm, he drove Pulp truck, operated the Snow plow, and served as County Councillor in Richmond County. He loved talking politics, getting down to Cape Breton to visit friends and family, and was a huge Hockey and Baseball fan. He was predeceased by his wife, Marion (2012), one granddaughter, Kersondra; and was the last surviving sibling of his family. He passed peacefully, during his mid-morning nap. In lieu of tears, offer a happy memory in tribute. His was a full life; other than the usual aches and pains of his age, he had good health and enjoyed each day right up to the end. Funeral mass will take place in St. Francis de Sales Roman Catholic Church, Lower River Inhabitants on Friday, June 3, 2022 at 11 a.m., with Fr. Duncan MacIsaac officiating. Burial to follow in the parish cemetery. Funeral arrangements are under the care of Dennis Haverstock Funeral Homes, Port Hawkesbury. Words of comfort may be forwarded to the family at: www.haverstocks.com Service Information Service Date Friday, June 3, 2022 Service Time 11 a.m. Service Location St. Francis de Sales Roman Catholic Church, Lower River Inhabitants Burial Information Burial Time Following funeral mass Burial Location St. Francis de Sales Parish Cemetery, Lower River Inhabitants
To plant a beautiful memorial tree in memory of Albert Lynch, please visit our Tree Store
Read More

A Memorial Tree was planted for Albert
We are deeply sorry for your loss ~ the staff at Dennis Haverstock Funeral Homes
Join in honoring their life - plant a memorial tree
Services for Albert Lynch
There are no events scheduled. You can still show your support by planting a tree in memory of Albert Lynch.
Plant a tree in memory of Albert
Print
Events
Aug
08
Online Memory & Photo Sharing Event
Online Event
About this Event