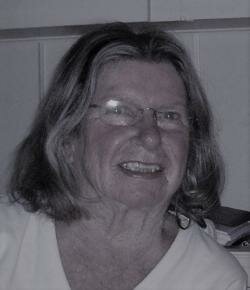 The Remembrance Store
Obituary
Please share a memory of Kathryn to include in a keepsake book for family and friends.
View Tribute Book
KATHRYN JEAN GRAHAM 1932 - 2022 On Sunday, March 6, 2022, Kathryn Jean (Macdonald) Graham, 90, passed away peacefully in St. Martha’s Regional Hospital, Antigonish. Kathryn was born in Halifax on Feb. 24, 1932 to Harry Alford MacDonald from Gabarus, Cape Breton and Jean (Fraser) MacDonald of Hant's County, NS. Kathryn grew up in Halifax and at the family cottage in Hubbards with younger sister Gwendolyn "Gwen". She graduated from Queen Elizabeth High School and Mount Allison University in Commercial Arts. Her first job was at the Dalhousie Registrar’s Office and during that time she met Jim Mackenzie Graham of Hazel Hill, Guysborough County, Nova Scotia, the man she would eventually marry. Kathryn’s adventurous spirit took her on working periods in London, England where she was employed with the Pearl and Dean Company for a year and then on to New York City for a few months. However, Halifax and Jim beckoned and in 1957 she returned and reconnected with him, subsequently marrying at the family home in Halifax the following year. Shortly afterwards they moved to Utah, USA where Jim had secured a position with Bestwall Gypsum, later to become Georgia Pacific Corp. While in Utah, their only child, Jock, was born. After several years abroad Jim accepted a position with Georgia Pacific, Cape Breton and they made their home in Port Hawkesbury ever since. Kathryn and Jim made many lifelong friends in Port Hawkesbury and loved to entertain and host many dinners and social gatherings. Kathryn was an active member of St. Mark’s United Church where she served as Treasurer for many years. She also volunteered as Secretary and Board member for a number of years with the local Food Bank. More recently she was a founding member of Grandmothers for Africa, helping to raise funds for Grandmothers in Africa who are raising their grandchildren because their parents have died from HIV/AIDS. Kathryn loved to play bridge and enjoyed weekly games. She was much appreciated by her friends who enjoyed her sense of humor, her kindness and thoughtfulness, never forgetting a friend’s birthday or a chance to donate to charitable causes. Kathryn was predeceased by her husband, Jim, in 2016 as well as her sister, Gwen (MacDonald) Slipp, in 2018. Kathryn is survived by her son Jock and his fiancé Minna Kemppainen, Dubai, her Grandaughter Dana, whom she adored, and former daughter-in-law Amal Azmany, both of whom live in Italy, as well as three nephews, Greg (St. Louis, MO), Harry (Heather Marshall) and Stephen (Maria Medioli), both of Halifax, NS, and a niece, Heather (Robert Johnson), Ottawa, ON. Special thanks to Kathryn’s longtime friend, Annabel Butts, for her devoted friendship over many years, to Shirley Hartery who was always nearby providing companionship, to Jean Wilson for picking up her mail every week for several years, to Bob Meisner for helping with the property and to caregivers Evelyn MacEachern, Deidre Fougere and Jeanette Kiley who made her final years at home so much easier. In the latter year of her life, Kathryn was a resident at the RK MacDonald Nursing Home in Antigonish, Nova Scotia where she enjoyed the company and kindness of the wonderful staff and fellow residents. There will be no funeral service, but a celebration of life will be held at the Hartery residence at 92 Prince St., Port Hawkesbury on Saturday March 19th from 1 to 4 PM. Please bring your stories and thoughts of Kathryn with you to celebrate and share. Please note that current Covid protocols will be in effect. In lieu of flowers, donations can be made to St. Marks United Church; 504 Bernard Street, Port Hawkesbury, NS, B9A 2V2 or the Feed Nova Scotia Food Bank; 514 Granville Street, Port Hawkesbury, Nova Scotia B9A 2M9. Arrangements are under the care of Dennis Haverstock Funeral Home, Port Hawkesbury, Words of comfort may be forwarded to the family at www.haverstocks.com Visitation Information Visitation No Visitation Service Information Service Date Saturday, March 19, 2022 Service Time 1 - 4 pm Service Location 92 Prince Street, Port Hawkesbury Burial Information Burial Date At a later date
To plant a beautiful memorial tree in memory of Kathryn Graham, please visit our Tree Store
Read More

A Memorial Tree was planted for Kathryn
We are deeply sorry for your loss ~ the staff at Dennis Haverstock Funeral Homes
Join in honoring their life - plant a memorial tree
Services for Kathryn Graham
There are no events scheduled. You can still show your support by planting a tree in memory of Kathryn Graham.
Plant a tree in memory of Kathryn
Print
Events
Aug
08
Online Memory & Photo Sharing Event
Online Event
About this Event